I have a tendency to go to bed early.  Sometimes very early.  If I had it my way, I’d have dinner in bed.  Often I find myself laying on top of the bed sheets by 7:00.  The lights are just bright enough to read by, the cell phone is within arms reach, and the television is on, with the volume low.   But because I’m in bed doesn’t necessarily mean I’m sleeping.   I just find the bed to be one of the most comfortable places in the house, kind of like a bear in his cave.  Besides, what the hell else am I going to do during a winter on Long Island?  After reading, I’ll most likely be asleep by 9.

But it’s not always that way.  There are those major annual events that may keep me up late. New Year’s Eve last year actually had me awake until nearly 10pm.  I know, I could hardly believe it myself.  I’ve become such a party animal in my old age.   For a couple of years Mrs. SirOzzy and I went to our (my) favorite local restaurant.  But even there we found ourselves crapping out by 10 and struggling to keep our eyes open and head above the table by 11.  The problem with New Year’s is that it just comes too damn late.

Ahhhh, but all this old man-pooped out nonsense is for when I’m home.  When I’m out traveling everything is different.  I sleep just late enough to enjoy the comforts of the strange bed, then I’m up and out.  I try to explore every nook and cranny of wherever it is I am.  I’ll find the local breakfast joint, a tour, museums, hiking paths, people watching, adventure, shows, bars.  And I’ll stay up so late it’s early tomorrow.

My first resolution for 2016 is TRAVEL MORE and stay up later. 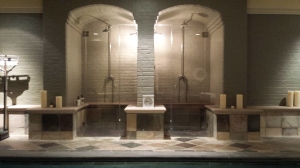 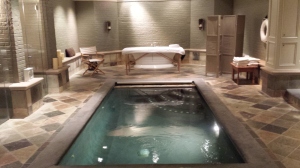 After virtually hibernating for the entire month of January, our first trip of the year was to The Baker House 1650.  We celebrated our first wedding anniversary at this fantastic Bed and Breakfast in East Hampton.  It’s very pricey during the season, but equally reasonable during the off season.  For a little bit extra we had the spa closed off and reserved just for ourselves. 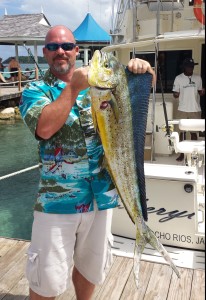 What a difference a month makes.  We went from the brutal cold and snowy environs of the Northeast to the tropics of Jamaica.  Yeah Mon!    There are not many things in this world more satisfying than catching a big fish, and I caught one.  Since we were staying at a fantastic place that fed us all the freshest seafood we wanted, I had no need to keep my catch.  Not thinking it was too big a deal, I gave the fish to one of the mates on the boat.  He hugged me and told me it would feed his family for weeks.  Giving the fish away was even more satisfying than catching it. 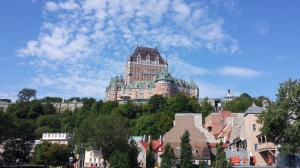 We decided to switch things up a little and drive to Quebec City.  And man, did we drive hard.  10 hours, only breaking for gas and restrooms.  The drive was worth it however, as we stayed at the Fairmont Chateau Le Frontenac, the most photographed hotel in the world.  A grandiose building that is visible from nearly everywhere in the city.   We drove hard the way home too, staying for a night in Freeport, Maine .  But as beautiful as Quebec was and the memorable drive, the thing I came away with most was the nightmare that followed.  Our Jeep spent the next 3 months in and out of the mechanic’s shop recovering.  More shit in that engine had to be repaired than you could shake a stick at.

A midsummer day-trip brought the SirOzzy family to Montauk for a day.  After a long scenic drive through portions of the Hamptons in our rental car (the Jeep was still in the shop), we found ourselves at an ocean beach.  Teaching an inexperienced 10 year old how to body surf in 4 foot waves has to be one of those things only slightly more satisfying than catching a big fish.  We could have been out there for eternity.  Unfortunately, I didn’t get a single picture.

Which brings me to my second resolution.  This year I’m going to take more photos and become a better photographer.  I recently received as a gift a sparkly new Nikon D5500 DSLR camera, which I’m learning more about everyday.  I can’t wait to share my new masterpieces in 2016. 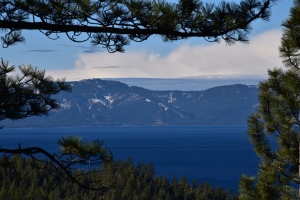 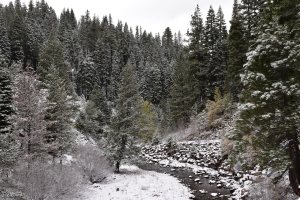 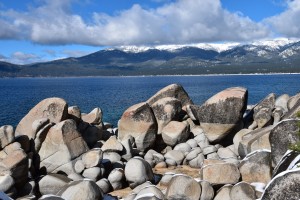 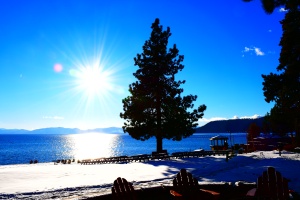 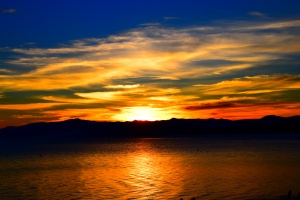 Shortly after acquiring the new hardware we made our way to one of the more scenic regions of our country.  Lake Tahoe and the surrounding Sierra Nevada Mountains is as beautiful and grand as anywhere else I’ve been.  One of my favorite things was driving around the lake, occasionally pulling off to the side to capture images.  Mrs. SirOzzy hated it.  She was near paralyzed with fear that we would fall off a cliff or a boulder would come crashing down on us.   One month after we left, this happened. 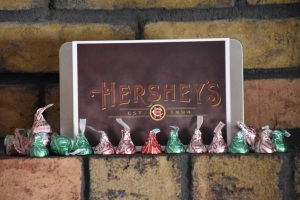 We wrapped up the year with a family trip to Hershey, Pennsylvania.   This was our Christmas/Chanukah gift to the kids.  I suppose with all the wonderful trips we take, it’s only right to include them once in a while!

My third and final resolution for 2016 is to write more.  My goal is to post one blog per week for the year.  So please help inspire me by following this site (there’s a link at the bottom of the page), “Like” SirOzzy on Facebook, and follow _sirozzy_ on instagram.  I’m hoping for a ton of new followers by 2017, but in the meantime, lets Enjoy The Journey. 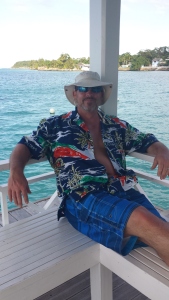